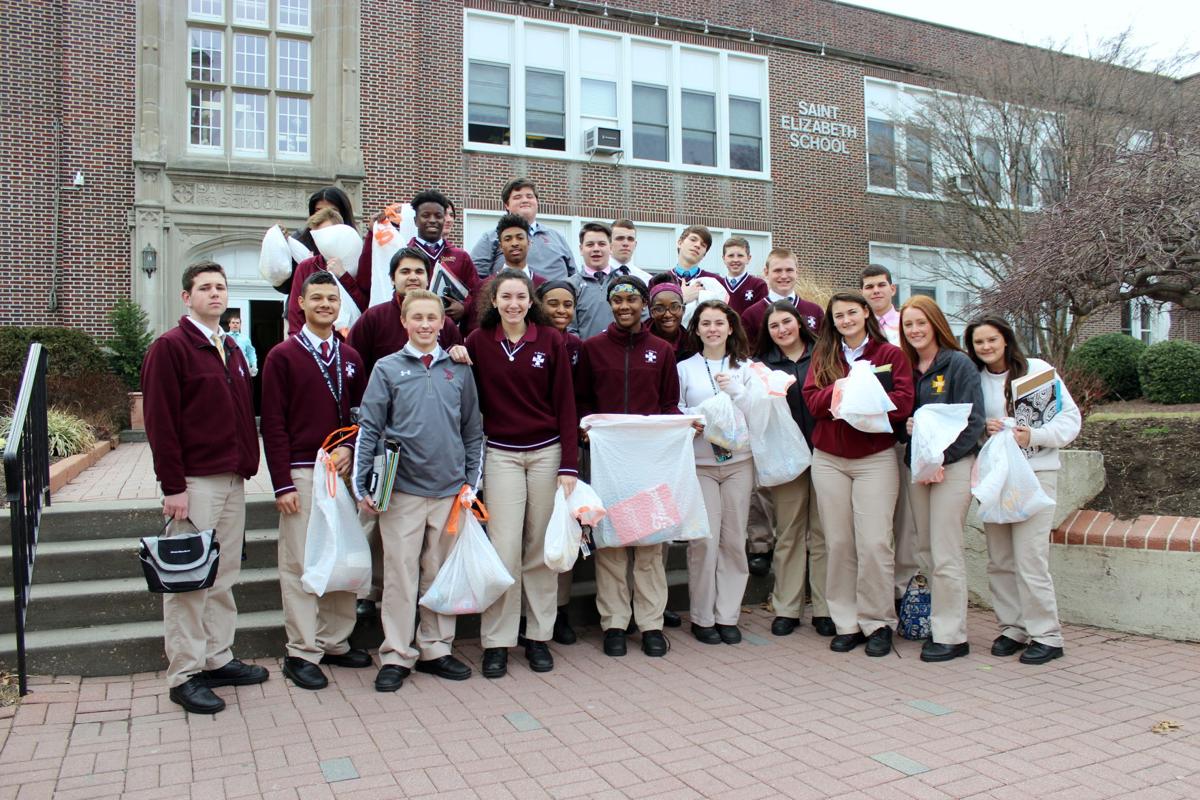 When you throw something in the trash, do you ever give it a second thought or wonder, maybe, where it’s going? St. Elizabeth High School math and environmental science teacher Julia Downs asked her to students to consider that for a full 24 hours.

“I want the students to become acutely aware of the amount of waste they generate every day, and just because they throw it away, it’s not really going away,” she said.

Downs tasked her students with making better choices, but the first step towards change is awareness. So she required them to carry around everything they threw out for a full day.

“How can we do what we normally do but do it better?” asked Downs. “Be really aware of the types of waste they generate every day and where it’s coming from.”

“Pretty much everyone had more garbage than they thought they would make,” said senior Zachary Mcghee.

Senior Zachary Mcghee said the exercise made him notice what types of things he was throwing away.

“I found myself actively thinking: ‘Oh I can’t do that, that will make garbage. I want to eat this kind of food that’s not wrapped,'” he said. “Because I didn’t want it to wind up in my bag.”

As the trash bags got heavier and heavier, Mcghee said you can’t help but think about how much waste you generate on a daily basis.

“Since last week when we did this, it’s stayed residually in my mind–this is still producing garbage, this is individually wrapped, I shouldn’t be eating this,” he explained. “You could eat like an apple or some cabbage…things that you get more food without any wrapping and it’s probably better for you too.”

Next students will go the e grocery store and observe packaging. Mcghee is already thinking on that wavelength.

“A lot of people, to save money, buy things in bulk–but things like cereal, grains, those aren’t individually wrapped; you just get a huge container of that and store it wherever. But if you get something like Cheetos or some of their snack food….then it’s in a bunch of little containers,” he said.

For junior Talia Watkins, the experience was eye-opening.

“I had the heaviest bag. On that day, I actually produced more [waste] than I normally do,” she said.

That day, she happened to grab the last slice of pizza–so an entire pizza box became her trash to bear. Carting around her trash all day, made her realize it’s time to make some lifestyle changes.

“In the morning, I usually eat my breakfast off of a plastic plate and eat it in the car, now I’m starting to wake up earlier and eat on a plate that we can wash,” she said. “I’m saving money as well as saving things on the Earth.”

She challenged her younger siblings to take part in the audit too.

“Usually they use a lot of paper towels, and that day, they used a washcloth to wipe up stuff, so they were taking it pretty seriously,” said Watkins.

John DiSabatino said he noticed a lot of food waste and has already taken steps to change his environmental footprint.

“I don’t drink as much out of water bottles, I try to use stuff you can reuse. Hopefully, next time we go to the grocery store, we’ll brning bags from home or reuse the old ones.”

“It makes me happy for them, to see them being aware and making better choices just for the Earth,” said Downs.

Next, students will go to the grocery store and make observations about packaging to determine what’s in excess and how products could come with less waste.

Then, they’ll take a trip to Cherry Island so they can see first-hand where their trash really goes after it hits the trash can.

“I thought it would be more personal, if each of the students had a connection to the waste that they generated before we went to the landfill,” said Downs. “They get a clear visual of where their waste goes…and how much space it consumes, and how little we have left–especially here in Wilmington–they said on estimate about 30 years left, and then we’ll have to start burning our trash again.”